All of our lives, we avoid being “that girl,” for some reason or another. I can’t tell you how many times I’ve reprimanded friends and made them promise not to be “that girl” while discussing our lives.

The more I’ve avoided becoming “that girl,” however, the more “that girl” seems to find me.

I lived a cautious life while walking on eggshells and guarding my choices and decisions, as though making a mistake would be the end of me. I preached and talked a big talk, and I warned the world of all of the terrible things that would happen if someone acted like “that girl.”

One day, however, I became “that girl” and it ended up being the best thing that ever happened to me.

My name is Macaile and I’m “that girl.”

I have chosen a boy over my friends, even though he didn’t deserve me.

I have made up stories about the guy I was dating, changed his name in my cell phone and parked around the corner of his house, so I didn’t have to deal with people judging me for sneaking over late at night.

I have apologized repeatedly upon collapsing on my friend’s floor in tears when he broke my heart (again), requesting forgiveness for being such a terrible friend and promising over and over that it would never happen again.

I’m the girl who let it happen again and again.

I’m the girl who discovered her true friends after they loved me when I was being hardly lovable. They supported me, even when I was making decisions that weren’t very supportable, and stayed by my side when I’d lost my way.

I have chosen salads over sundaes and counted calories as though my life depended on it. I have spent hours in front of the mirror, pinching and poking, choosing not to go out on nights I didn’t like how my reflection looked.

I’ve allowed numbers on the scale in the morning to dictate my mood for the entire day. I’m the girl who finally realized that the eye can’t see my most beautiful qualities and that my physical shell will never amount to the magic that lives on the inside.

I’m the girl who learned that if you want a cookie, you should have one, and sometimes, salad tastes a lot better when you don’t order dressing on the side.

I learned that life is too short to obsess over numbers and that the most important people in my life love me even when I haven’t washed my hair in a week. I’m the girl who learned that being told you’re beautiful is a compliment, but feeling beautiful comes from within.

I’m that girl who used to worry about the force of my body against gravity. But then, I released the weight, the worry and the superficial mindset, and discovered I could fly.

I have been in a relationship with the wrong person and have still chosen to stay.

I used to be the girl who offered unsolicited advice to all of the people around me, rolled my eyes as my friends remained in dead-end relationships, and begged and pleaded with them to open their eyes and see that they could do so much better.

I thought I had it rough when someone cheated on me or was secretly doing drugs or became abusive in a relationship, but sometimes, the hardest relationship from which to walk away is the one in which nothing is totally wrong, but something just doesn’t feel right.

I am the girl who learned a little something about myself each and every day I chose to stay in a relationship with someone I knew was wrong for me.

I am the girl who was certain that she had it all figured out and later learned that she knew nothing at all. I planned and analyzed, decided and resolved, only to be reminded that I will never be able to control the cards I am dealt, but can sure as hell have a say in how I choose to play them.

I’m the girl who was certain she was playing her cards perfectly, but ended up playing 52 Pickup as she tried to put the pieces back together. I am the girl who learned that there will always be another hand to play and another chance to get it right.

I am the girl who made the same mistake more than once, took the wrong turn at a fork in the road, wandered off the beaten path without dropping bread crumbs to help me return.

I am the girl who learned it’s usually safer to chase dreams than it is to chase boys, and I’m also the girl who has learned time and time again that always choosing to play it safe doesn’t make for very exciting stories.

I once said, “Don’t be THAT girl,” without realizing “that girl” really isn’t so bad, after all.

I am that girl.

One thought on “I Am Who I Am: Why Making The Wrong Choices Led Me To Self-Acceptance” 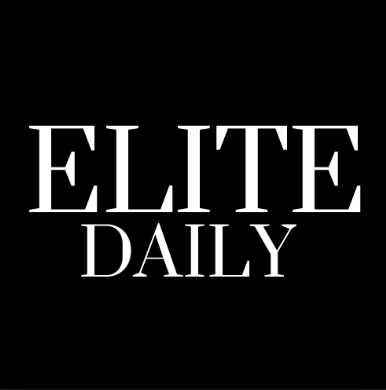